A Project for Better Journalism chapter

The Devil's Advocate Currently under construction

The Other Nancy Reagan: How the Perfect First Lady Surprised Us All

When thinking of Nancy Reagan in the wake of her recent passing, it is so easy to see her as the smiling, supportive wife, as the well-off actress who was swept into the world of politics yet took to it with ease, and as the dedicated and devoted caretaker of an ailing husband.

Nancy Reagan’s life did seem to revolve around her husband. She even said, “My life didn’t really begin until I met Ronnie,” when describing meeting her husband while working as an actress in Hollywood in 1951.

From the beginning of Ronald Reagan’s political career, when he was elected governor of California, Nancy Reagan was both criticized and praised for her relationship and involvement (or lack thereof) with her husband’s political career.

Beyond her campaign against drug use, “Just Say No,” her most talked about action as First Lady seems to have been spending hundreds of thousands of dollars redecorating the White House and buying expensive new china.

She was dismissed in some circles for her doting submission; the way she would stare up at her husband adoringly while he delivered an address was dubbed “the gaze”.

Yet others saw that same behavior as the perfect Dolly Madison-esque model of a non-political politician’s wife.

Despite the common perception of Nancy Reagan as being submissive and doting, that’s only the first half of her story. As her husband stepped out of the limelight, she voiced more of her views, even when they broke with Republican sentiment or her husband’s opinion. In 1994, for example, she told a class of students at George Washington University that while she was anti-abortion herself, she felt that women should have the right to choose. This almost nonchalant statement about an issue that she had almost studiously avoided in the past, illustrates that devotion and not timidity was what informed her as First Lady.

A final reminder of this can be seen in her response to her husband’s diagnosis and subsequent battle with Alzheimer’s. For even in her caring treatment of him, in many ways mirroring her time as First Lady, she also broke with President Bush to advocate for stem cell research to find a cure. It was firm Republican party policy to fight stem cell research at the time so it was bold for any Republican figurehead to challenge it, particularly the supportive wife of their political darling.

Nancy Reagan shaped the country’s idea of what a politician’s wife and First Lady should be. But it is important to remember in her passing that she really was more than the shadow of a controversial president and was a thoughtful and outspoken critic when she saw fit. 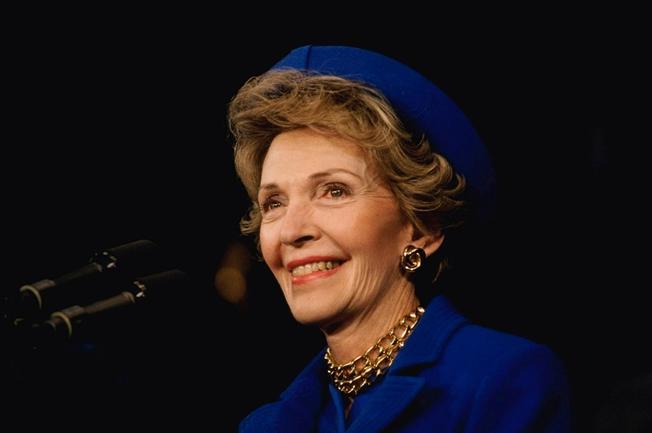